When engaging with our community…

Unreal Aussies is a gaming community where as many people as possible should feel welcome. Over the years we’ve developed a set of rules through constant changes and tweaks. As of 2020, this is the list of those rules, and a description of how to avoid breaking them.

1 – Don’t be a dick. However subjective this rule may seem, here’s what WE think it means to break this rule.

a – Specifically targeting somebody is worse than a statement that targets nobody.

b – Negative statements are worse than neutral statements.

c – A negative opinion is worse than a negative verifiable fact.

d – A lie is worse than the truth. BTW, the truth is not a matter of opinion.

— For example, saying that a person did something appalling when they didn’t, is all four of the above at once. It names a specific person, it carries a negative message, and it’s effectively a made-up lie. Stay away from these things.

2 – Salt happens, but it’s not good. If you get salty in a game, it’s not the end of the world, it happens to the best of us sometimes.

a – If this salt carries out of the game, then it’s much worse. You absolutely MUST get over your salt when the game is finished, don’t carry it any further.

c – You don’t have to play with people who make you salty. But it is not them who must avoid you, it is you who must avoid them. The person with the most salt, is the one who will lose when the Admins need to choose between you.

3 – If somebody wants to be left alone, leave them alone.

a – If a person walks away from a conversation, don’t chase them. Doesn’t matter if it’s on Discord, or Facebook or anywhere, if you’ve sought somebody out when they wanted to be alone, then you’ve breached this rule.

b – Go easy on the pings. If somebody is annoyed by how much you ping them, it is you who is at fault.

c – Don’t be bossy. Everybody has different skill levels, and many people think they are better than they are. If you are CONVINCED that you are in a position to tell another person how to play or what to do, then you should ask them if they want your advice, before you just lay it on them. If somebody gets upset that you are bossing them around, YOU are the one at fault.

d – The exception to this is if something is part of a game. If a game permits you to extort/bribe/blackmail somebody, then that is part of the game and everybody playing has accepted this. On the other hand, Heroes of the Storm has no such mechanic for one player to be the boss of another player, and thus, any attempt to do so is not part of the game, it is just a part of your attitude.

e – Don’t be a pest in channels. If people are having a relevant conversation about Path of Exile, in the #path-of-exile channel, then don’t derail it with something completely irrelevant. Keep the miscellaneous chat to #general. Don’t jump into a voice channel spamming sounds or music. Don’t jump into the Overwatch channel and talk over people who are discussing Overwatch with something about another game.

f – Voice activation on your mic might constitute being a pest. Get your settings right. If other people can hear your keyboard clanging for 15 minutes straight, you have failed in this mission, and might be forced to use push-to-talk.

4 – Never ever stalk, hit on or creep on other members. This is unforgivable and you are extremely likely to be banned on sight.

a – uA is a place for people to game, talk and socialise. If you want Tinder, please get it and use it. You’ll notice they are not the same thing. If you appear to have difficulty telling the difference, you may or may not get a chance to have it spelled out for you. If it’s not something you would say to BOTH Agamemnus with his mother in the room, AND MissMischief with her husband in the room, then you probably shouldn’t say it.

b – Anybody who appears to attempt to isolate or corner another member will be punished immediately.

c – This is for the boys. If a girl jumps in channel and you go HAM on the personal questions or attempt to dominate/steer the conversation in a way that you do not observably do with other boys, you will be immediately punished. No matter how sexist this rule may be, it’s just the reality of what we’ve seen happen and we don’t want it.

d – It is quite possible that you may find love from uA. This happens, and it’s OK. Developing a relationship over time is very normal, and sometimes it’s just two “bros” becoming besties, sometimes it’s people finding a person they may end up starting a business with, it could be anything. Yes, it could even be a romantic relationship, in fact, it happens reasonably often. The line is drawn at initial intent. Your intention for initially meeting a person must NOT be to find a romantic partner. If any officer suspects that you are treating uA more like Tinder than you should, they are entitled to take it straight to an Admin, and the Admins WILL take it seriously.

5 – Public image matters. We are not PG rated, Nickelodeon nor Disney, but at the same time we are not 4chan, Reddit nor 8kun.

a – Keep NSFW content out of uA chats and the Discord. You can share content with other CONSENTING uA members in various PRIVATE ways. If you do it against their consent, you might have broken a few of the above rules already, be careful.

b – Public posts that are borderline might be moderated by the officers and admins, but if it’s not really breaking many of the above rules, you’ll most likely just get told about why it’s too far, without further punishment. Please don’t repeat the same mistake over and over.

c – It doesn’t matter if you agree or disagree with the current Overton window of discourse and policy. We aim to accept as MANY people as possible, and thus, language that would get you fired from a job, will likely cause a bad reaction here. The more swear words that are strung together, the worse it gets. Some words are worse than others. The more charged with sexuality and race the profanities are, the worse it is. Suicide, mental illness, shootings, cancer and disasters are subjects that will come up, and people will feel differently about from time to time. Somebody might even make the odd joke about one of those topics, but it’s unacceptable to make them regular/standard/everyday jokes. If you are unsure of which words, phrases and topics will get you kicked, please ask an admin. If you are unable to wrap your head around it, then don’t speak.

d – All discourse on other platforms outside of Discord must follow the Terms of Service for that platform. You don’t have to agree with the ToS, sometimes the Admins don’t either. But, as long as they exist, you must follow them. Examples include Twitch, YouTube, Twitter and Facebook. Breaking the ToS on another platform may see you banned from Unreal Aussies.

6 – Unreal Aussies is a place for people to come find games and each other. It is not a resource for outside entities to tap.

a – No advertising. If you think you have something to advertise that is to the benefit of Unreal Aussies, ask for permission from an Admin. This is not a place for you to find customers or an audience.

b – Linking non-uA streams or videos CAN be interpreted as advertising if it serves a self-interest. Links get shared all the time, very regularly in fact. But we are not a group of people just waiting to discover you so don’t treat us like one. If you are unsure, you are welcome to contact an Admin and ask.

b – People make friends and catch up outside uA all the time. This is normal and fine. Even if a member gets banned, you are not expected to cease friendship with that person, you are entitled to live your life outside uA the way you choose. However, poaching is not permitted. If somebody reaches INTO uA to pull people OUT of uA, we consider that poaching and we take it very personally.

7 – Grievances can be taken to officers and Admins.

a – Don’t air your grievance publicly. As soon as conflict arises, there is a chance that people will feel the need to take sides, and this is divisive. Please, if you think you have a grievance, bring it to an officer or Admin. We will take it seriously.

b – Don’t be afraid to message an officer or Admin. If they are not the person who will deal with the problem, they will know who is. Just contact any officer you trust and let them know what the problem is, they will make sure it goes to the right person.

Feel free to Contact the Admins if you have any questions or concerns. 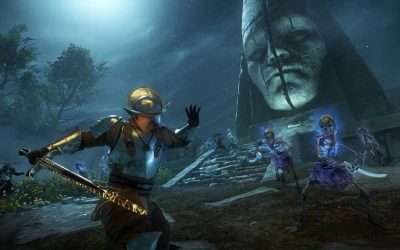 A few people in our community have had an issue with FPS spikes during the New World closed beta. Our common issue tended to having 1-3FPS in the New World menu while having 50-60%+ GPU usage. This was the case regardless of capped/uncapped FPS limits and graphic...

END_OF_DOCUMENT_TOKEN_TO_BE_REPLACED 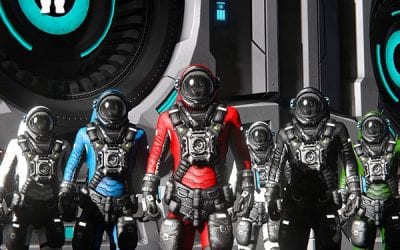 END_OF_DOCUMENT_TOKEN_TO_BE_REPLACED

You have the power to control how Apex runs at Beyond Blue 2019! Just donate at https://unrealaussies.blackbaud-sites.com/ and include a below challenge in your message as well as which streamer (or team) you want your challenge to apply to. They will complete your...

END_OF_DOCUMENT_TOKEN_TO_BE_REPLACED 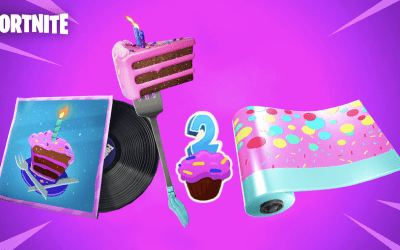 FORTNITE BIRTHDAY EVENT NEWS! WOW it's been two years since the initial release of Fortnite, and same as it did last year, Epic Games plans to celebrate with an in-game awesome birthday event. For the Battle Royale players, this will kick off really soon and run for...

END_OF_DOCUMENT_TOKEN_TO_BE_REPLACED

UNREAL AUSSIES ARE ALL OVER THE WEB

Unreal Aussies run many events over the year to help connect and build the Australian gaming community. If you are interested in helping out in any current or future planned events or wishing to offer some more ideas for us to explore - let us know!

Unreal Aussies is for passionate gamers from all walks of life. Games come and go, but the people still remain. From meetups to tournaments, hardcore teams to charity streams, Unreal Aussies core mission is to make gaming more fun as part of a community than it can ever be alone.

Heroes of the Storm